Juan Lopez and Albert Anabtawi each scored a first half goal and Evergreen held on to a 3-1 win over Cascade Conference leading Concordia on Tuesday afternoon at Geoducks Pitch. The win moves the Geoducks to 4-2-1 overall and are tied for third place with Corban with 13 points and are now just two points behind Northwest and Concordia for first place.

Concordia’s BJ Romac cut the Evergreen lead to just one goal with a looping header in the 70th minute. It was the only shot on goal for the Cavaliers in 90 minutes of play.

Ethan Sumlin finished off Concordia with an 86th minute goal on a header off of a Tanner Williams cross. The win was the first for Evergreen over Concordia since October 7th, 2004 breaking a 20 game losing streak.

The Evergreen men host first place Concordia at 3:00 PM in what could potentially be called a must win. The Geoducks are 3-2-1 with 10 points in the Cascade Conference and are tied with Warner Pacific for fourth place. Meanwhile, Concordia sits at 5-1 with 15 points.

Schedule for Thursday, May 8th

Schedule for Thursday, May 8th 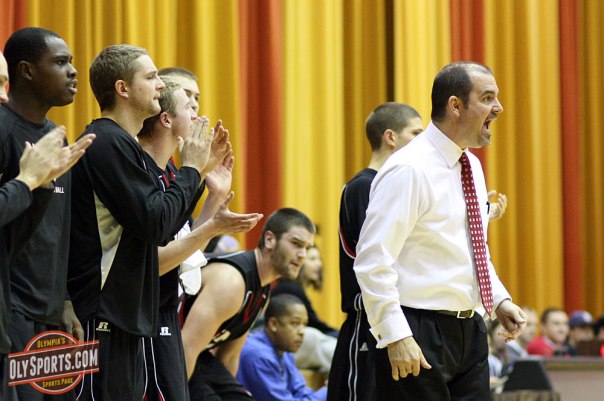 A pair of big games on tap tonight at Marcus Pavilion when the Saint Martin’s women face Alaska Anchorage and the men follow them up with a battle with Northwest Nazarene.

The women currently sit in sixth place in the GNAC at 6-4, a half game behind a big pack of teams at 7-4 including tonight’s opponent, Alaska Anchorage, and a game and a half ahead of seventh place Northwest Nazarene. The Seawolves are the top scoring team in the GNAC and fourth in the nation scoring 84.5 points per game. The Saints knocked off the Seawolves on January 11th, 85-78.

The men get a second chance at Northwest Nazarene after they fell apart in the second half and gave up a 14 point halftime lead in an 80-76 loss in Nampa. Since then, the Crusaders (3-7) have dropped five straight games and are a half game behind the Saints, Montana State-Billings and Western Oregon for sixth place in the GNAC. Six teams make the conference tournament hosted by the Saints in March. 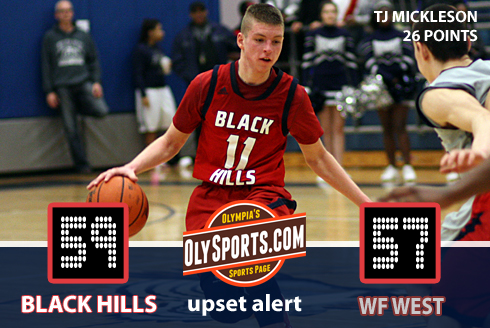 Freshman sensation TJ Mickleson scored 26 points and Tre’Marcus Hackney added 10 points to lead last place Black Hills to a 59-57 road win over WF West. The Wolves improved to 3-8 in 2A EvCo play and are still alive for one of the five 2A EvCo spots with one game left against fifth place Tumwater on Friday night.

Tumwater dropped to 4-6 in the 2A EvCo with their 58-52 loss to Centralia and are clinging to the last playoff spot with two games left to play. They face Black Hills on Friday and River Ridge in one week. David Cooper scored 18 points and Josiah Warner chipped in 10.

Olympia’s playoff hopes were dashed in the last second when Malachi Flynn’s three pointer with 1.1 seconds left completed a Bellarmine comeback to give them a 56-55 win. The Bears led by 12 at the half and still held a 12 point lead with just over two minutes left to play. The loss drops Oly to 4-7 in the 4A Narrows, two games behind the last playoff spot with just one game left to play.

WF West’s 70-44 win over Black Hills clinched the league title for the Bearcats and dropped the Wolves into a tie with River Ridge for the second playoff spot. Shayla Smothers was the only Wolves player to score in double digits with 11 points while Nike McClure dropped 23 points in the win for Chehalis. 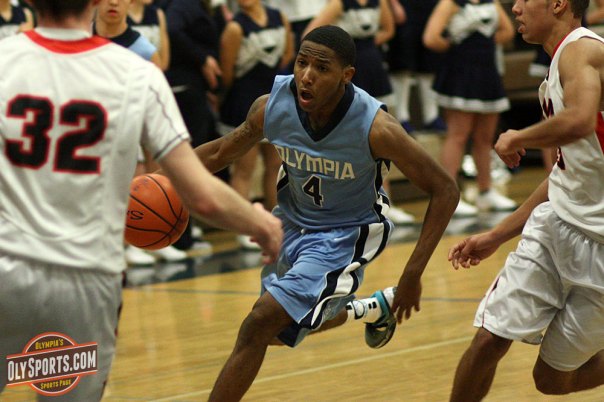 Olympia is in need of a win tonight to keep their playoff hopes alive in the 4A Narrows League. As The Olympian spelled out, there are four playoff spots available with Stadium and Gig Harbor already clinched and four teams fighting for the final two spots including Bellarmine (5-5), Yelm (5-5), South Kitsap (5-5) and Olympia (4-6). The two teams met on January 10th with the Lions taking a 54-35 win in Tacoma.

The two top teams in the 2A EvCo battle tonight when WF West (9-0) takes on Black Hills (8-2). The Wolves might have more at stake than the Bearcats. After their loss to River Ridge on Friday, a loss to the Bearcats tonight would drop them into a tie with the Hawks. WF West took the first meeting in Chehalis 70-42.