Olympia High School boys basketball head coach Luke Salme announced on Tuesday that he is leaving the Bears and has accepted the same position and an English teaching position at Adna High School.

“It is a bittersweet, but also very exciting time for our family,” said Salme in an email to OlySports.com. “These past eight years at OHS have been very special for me, and I have so many memories that will last a lifetime.”

Salme posted a 98-84 record in eight seasons at Olympia including a fourth place finish in the 4A state tournament in 2011 and a regionals berth in 2012. The Bears struggled this past season posting a 4-16 record, their worst finish since going 3-17 in 2007-08, his first season at the helm.

Salme, 36, graduated from Willapa Valley High School and played two seasons for Centralia College before moving on to Western Washington to become a teacher. Before taking over at Oly, he led Yelm to a 16-24 record in two seasons.

“My wife and I both grew up in small towns and absolutely treasured those times, and that is something we want our two young sons to experience as well,” Salme continued. “Adna is the perfect community and school for that.”

He will take over an Adna squad that went 17-6 overall and 15-3 in the 2B Central but dropped a pair of games in districts and missed regionals. Casey Dotson stepped down as the Pirates head coach in March after eight seasons.

The win moved the Saints to 7-10 in GNAC play and kept them tied for fifth place with Central Washington with the Wildcats coming to town on Saturday night. The top six teams make the GNAC playoffs in Billings. Alaska and Montana State-Billings sit one game behind Central and Saints with just one game left to play.

Megan Wiedeman scored 13 points, pulled down 19 rebounds and set the single season record for blocks with six tonight, giving her 48 this season. She passes Juanita Mebane, who set the record during the 1997-1998 season.

Elin Johansson and Brooke Paulson each scored 15 points and it was Johansson’s layup with one minute left in overtime that proved to be the game winner. Liz Mills recorded a double-double with 10 points and 10 rebounds.

The loss eliminated the Crusaders from playoff contention. 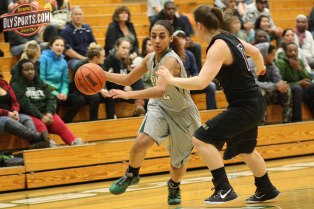 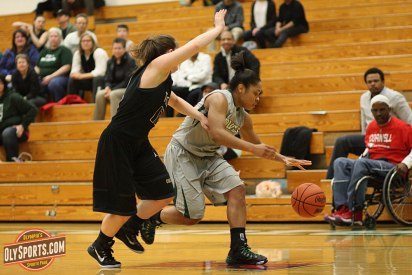 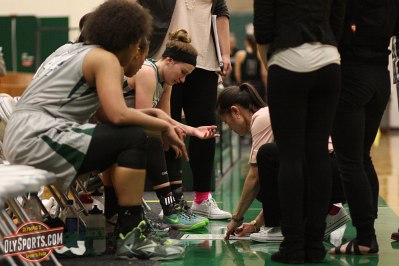 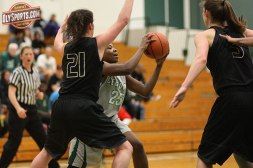 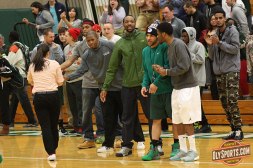 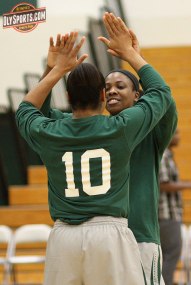 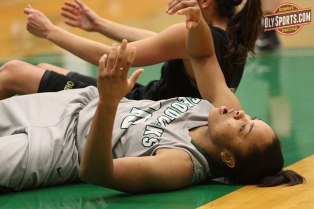 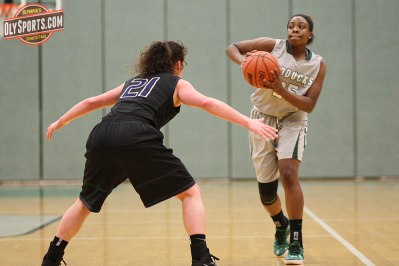 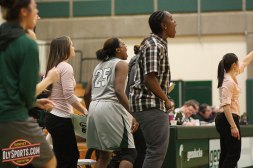 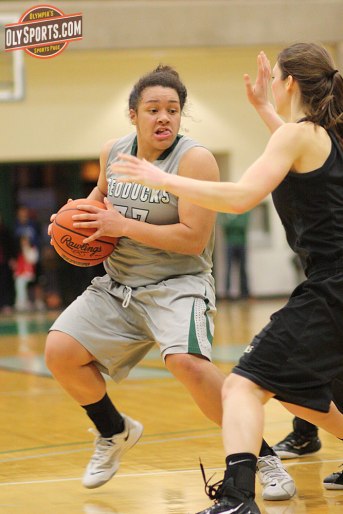 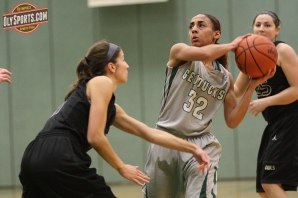 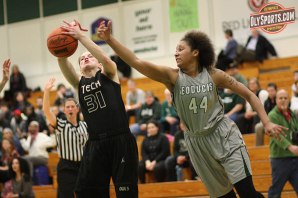 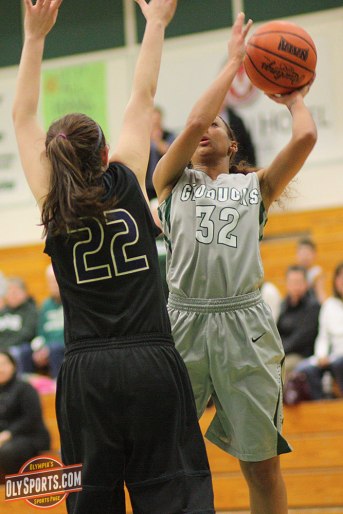 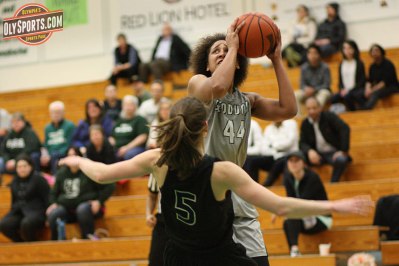 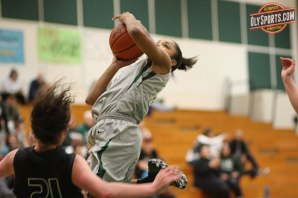 In the first home playoff game in program history, the shorthanded Evergreen Geoducks put up a fierce fight building an eight point lead with 6:33 left to play. But when LaNiecia Weatherspoon picked up her fifth foul with 6:02 left, the Geoducks had to play without a sub the rest of the way and Oregon Tech gradually took advantage.

Karly LeVeque’s three at the 3:03 mark gave the Owls a 59-57 lead. Randi Boseman’s jumper with 2:41 left tied the game at 59 but Megan Whetstone put the Owls ahead for good after a questionable offensive foul was called on Evergreen’s Karina Gee with just over two minutes left to play. OIT finished off the Geoducks down the stretch to take a 69-62 first round win and end Evergreen’s season.

Natasha Trinidad was fantastic in her last game as a Geoduck scoring 19 points with six rebounds while another senior, Sadee Jones, scored 13 points with nine boards. Randi Boseman also saw her Evergreen career come to an end on a seven point, five assist effort.

The Geoducks finished their record setting and roller coaster season at 16-10 overall. 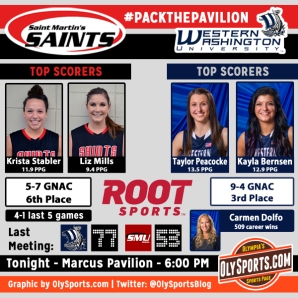 Jordyn Richardson’s three pointer at the buzzer sent Saint Martin’s and Alaska to overtime but the Saints ran out of gas and dropped an 85-77 decision to the Nanooks at Marcus Pavilion on Thursday night.

Alaska led by as many as 11 points in the second half and built a five point lead with just 41 seconds left to play and had the opportunity to salt the game away with 14 seconds left. But Jordan Wilson, who led all scorers with 24 points, missed the front end of a one-and-one allowing Angela Gelhar to cut the lead to three with seven seconds left. The Saints immediately fouled and the Nanooks again missed the front end free throw.

The Saints were granted a timeout with 2.6 seconds left and drew up a perfect play. Krista Stabler came around the corner and took the in-bounds and found Jordyn Richardson in the near corner. Richardson spotted up and buried the three to send the game to overtime.

But Alaska scored the first six points of the overtime session and never looked back and dropped the Saints to just 1-3 in the GNAC. Krista Stabler led the Saints with 16 points while Brooke Paulson and Liz Mills added 15 and 14 points respectively.

Saint Martin’s built a 43-33 lead in the second half before Central Washington used an 18-1 run to retake the lead and knock off the Saints 70-68. Riley Carel had a good look at a three pointer in the final seconds but couldn’t connect to win the game. Carel scored 22 points and Trey Ingram added 20 in the loss.

Dramikha Skaar scored 18 points, pulled down 10 rebounds and had four steals in South Puget Sound’s 61-55 win over Green River on Wednesday night in Auburn. Laura James and Krista Johnson also each scored in double digits for the Clippers with 12 and 11 points respectively.