Wednesday news and notes (updated throughout the day) 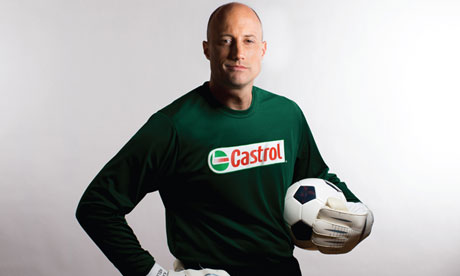 Fun interview with North Thurston grad Kasey Keller on TheGuardian.com mainly about his time playing in Europe. “We had pitch invasions at Millwall. I thought it was normal.” – Link

Timberline alum Jonathan Stewart was placed on the Physically Unable to Play list yesterday by the Carolina Panthers. He will miss at least the first six weeks of the season. He won’t be eligible to play until the Panthers’ sixth game against St. Louis on October 20th. Stewart signed a $37.8 million extension last August but has only played in nine games since. – Link

Capital has hired Tenino baseball head coach Jesse Elam as their new head coach and Kelsey Haupert as the new softball head coach for the Cougars. Elam took the Beavers to four state playoffs in his six years at Tenino and Haupert is a Black Hills grad that played at Purdue. – Link

ThurstonTalk.com profiles Olympia graduate Michaela Berendt, who is a freshman playing volleyball at Villanova in Philadelphia after a great career for the Bears. – Link