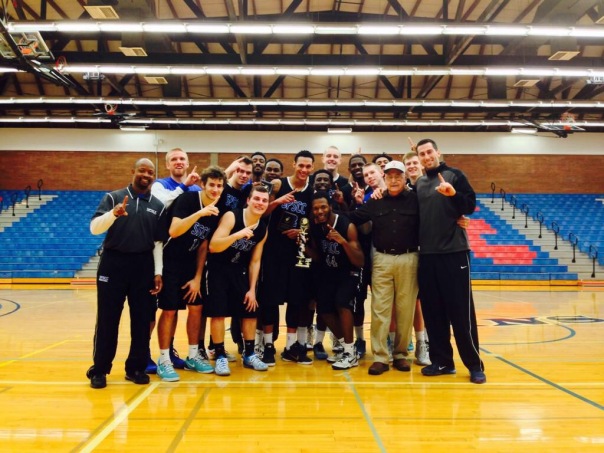 Elijah Sanders went for 20 points and 11 rebounds to lead the South Puget Sound men’s basketball team to an 80-76 win over Spokane CC in the championship game of the Dale Bates Tournament at Lane Community College. De’Ron Kyle added 17 points and seven boards and Nick Springer chipped in 11 points for the Clippers. SPSCC won three straight games in the tournament knocking off Umpqua and New Hope Christian on Friday and Saturday en route to the title.

Saint Martin’s held Concordia’s top two scorers to just eight frustrating points and pulled away in the second half to secure a 52-42 win over future GNAC member Concordia on Sunday afternoon. The Saints were led by 10 points from Liz Mills. Megan Wiedeman pulled down 14 rebounds in the win. Neither team shot well from the floor at all with the Saints posting a 37% mark and Concordia hitting at just 31.4%.