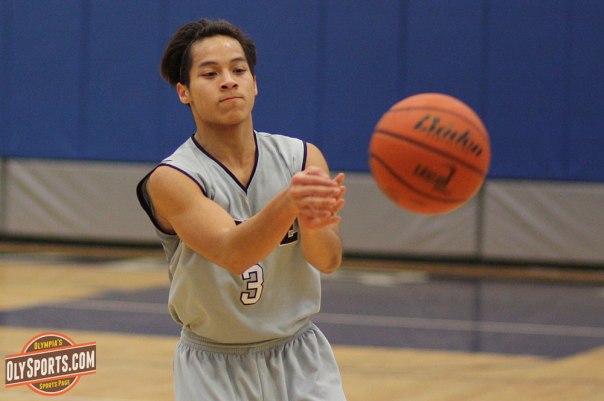 River Ridge built a big lead after one quarter and never looked back to end Tumwater’s season and advance to regionals with a 74-62 win at Capital High School. Jason Kananin followed up his 31 point night on Thursday with 23 points. Zach DeLucco scored 20 for the T-Birds.

Seattle U commit Armond Davis scored 41 points to lead Foss to a third place district finish with an 80-74 win over Timberline at Clover Park High School in Lakewood. Despite the loss, the Blazers are bound for regionals. Brandell Evans scored 22 points and Donaven Dorsey added 18 in the loss.

Southern Utah signee Sarah McGee was not ready to end her high school career and put up 23 points to lead Black Hills to a 72-56 win over River Ridge the District IV consolation bracket final. The Wolves move onto regionals with the win while the Hawks’ season came to an end. Taylor Sauls added 17 points in the win. Makenna Schultz led the Hawks with 16 points and Jazzlynn Brewster and Savannah McGill chipped in 15 and 12 points respectively.