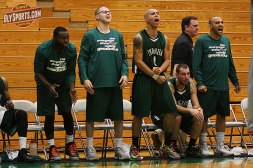 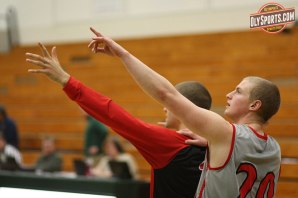 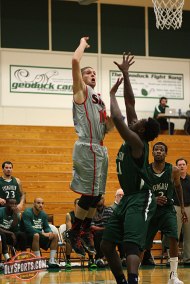 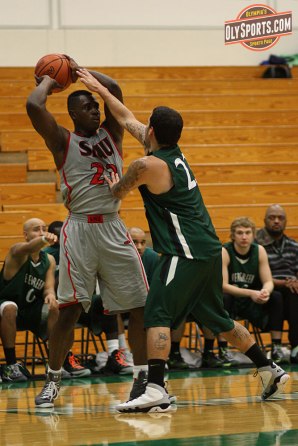 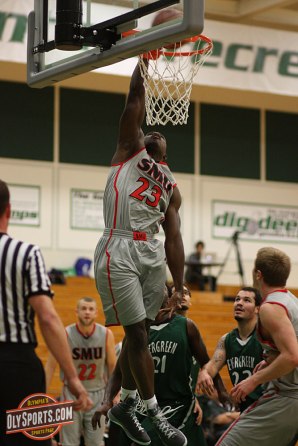 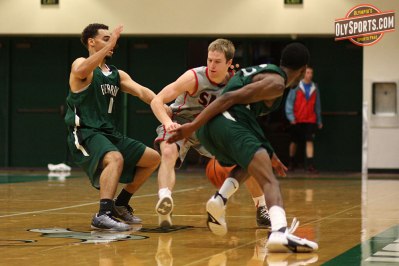 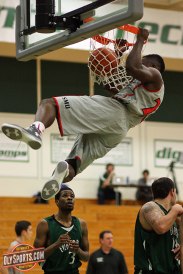 A three pointer with 13:53 left from Alix Hernandez put Evergreen up by seven for the fourth time in the second half but Saint Martin’s went on a 13-1 run capped by a three from Ryan Rogers with 9:49 left put the Saints up for good. The Geoducks cut the lead to two on a Hernandez layup with 1:47 left but it was the last bucket the Geoducks would score until a last second shot when the game was already out of reach and the Saints took home an 82-79 exhibition win.

Five Saints scored in double figures led by Riley Carel’s 15 points. Carel also dished out 10 assists as two Saints notched double-doubles on the night. Ryan Rogers scored 13 points and pulled down 10 rebounds. Newcomers Victor Ieronymides and Trey Ingram scored 12 and 14 points respectively in the win. The Saints shot a blistering 63% from the floor.

Two of Evergreen’s newcomers led the way for the Geoducks. Alix Hernandez and Kortney Darby each scored 20 points with eight rebounds. Returnees Jordan Dam and Frankie Johnson scored 15 and 11 points each. Evergreen went 12-for-31 from three point range and only turned the ball over six times.

The Saints travel to Seattle on Thursday night to take on the University of Washington while Evergreen will open their regular season on November 13th in a non-conference game against conference foe Northwest.