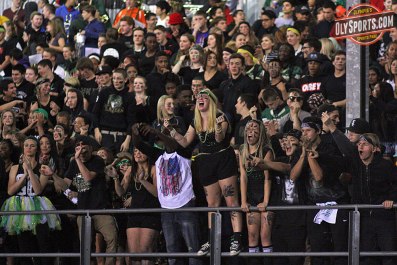 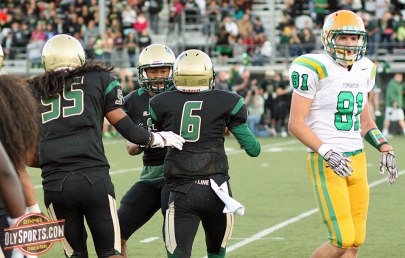 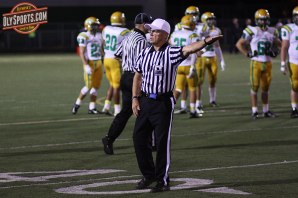 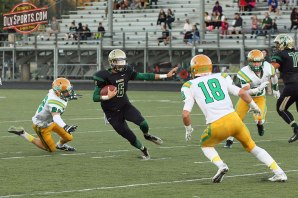 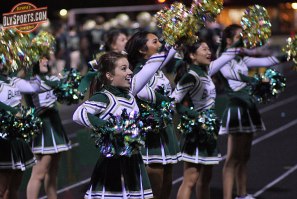 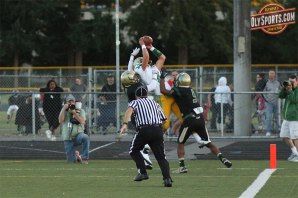 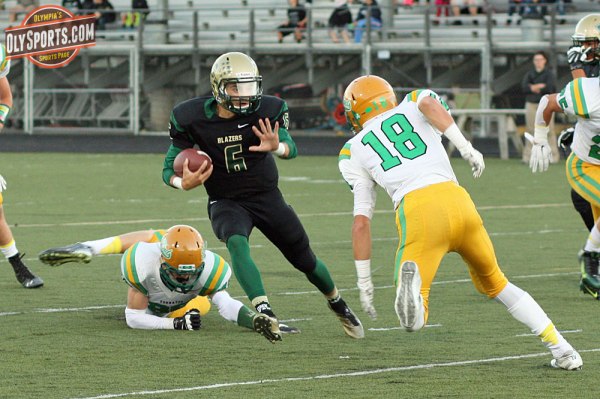 Timberline quarterback Gabe Gutierrez threw three touchdowns and rushed for another but a missed extra point and a subsequent missed two point conversion in the second quarter plus numerous key penalties throughout proved to be the difference in Timberline’s 35-33 loss to Tumwater on Thursday night at South Sound Stadium.

Tumwater’s Easton Trakel rushed for two touchdowns – one for seven yards and the second for 54 – in the fourth quarter after struggling to find much room to run in the first three quarters. Cade Otton caught a pair of touchdownw from Spencer Dowers in the first half and the T-Birds took a 14-12 lead into the half.

Gutierrez hooked up with Elijah Alllen twice, once near the end of the first half and once more in the fourth quarter to cut the T-Birds lead to two points, 28-26. Following a Trakel touchdown that extended the Tumwater lead to 35-26, Jonathan Dowell caught a 14 yard touchdown pass from Gutierrez to once again cut the lead to two points, 35-33.

The Blazers had the opportunity to take the lead after stopping the T-Birds with under five minutes left to play but a fourth and one slant pattern was broken up and Tumwater escaped Lacey with a 35-33 win.