Shut Up Fatty and Four Eyes: The Grays Harbor Gulls are Returning?

Shut Up Fatty and Four Eyes is a new feature on Oly Sports where my radio partner and friend, John McGlamery, and I discuss topics in the sports world that aren’t necessarily related to Olympia sports.

Grays Harbor’s The Daily News and KXRO have reported that professional baseball could be coming back to Hoquiam’s historic Olympic Stadium for the 2015 season. The proposed team will revive the Grays Harbor Gulls name and will play in the new Mount Rainier Professional Baseball League.

All six teams in the MRPBL will be owned by one man, Shoreline’s Mike Greene.  Greene, according to his bio on the MRPBL website, has coached college baseball at Mississippi Valley State and Oklahoma Panhandle and most recently coached the Douglas Diablos, a defunct team in the independent Pecos League.

The Pecos League is the obvious model for the Mount Rainier League. Most famous for the Fox Sports 1 reality show of the same name, the Pecos League is an independent league with teams in New Mexico, Texas and Colorado that has floundered and found controversy along the way since their first season in 2011. The league plays in rustic ballparks in tiny cities like Alpine, Texas and Taos, New Mexico and players are paid as low as $50 per week. Every year, the league basically releases a wish list of cities, team names and logos and hopes to convince those cities to allow them to host their team.

Essentially, that is what the MRPBL is doing. Since their Facebook page was started in late July, there have been numerous teams mentioned by the league in their stream of consciousness posts… 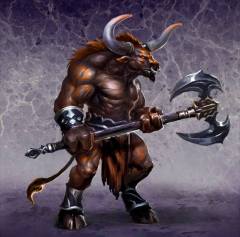 *currently listed as in the league

The league’s website and Facebook page are proposing paying players a minimum of $100 a week and they have hired Kyle Holtman, a name vaguely familiar to Oly Sports from his time as a player in the Puget Sound Collegiate League, as the general manager for both of the proposed teams in Centralia and Grays Harbor. Greene has also hired a handful of managers, player representatives (players that serve as reps for the league and get paid 1 1/2 times more) and signed a few players.

In Grays Harbor, the City of Hoquiam and the league seem to have come to an agreement on $300 a game for rental with 35 planned home games. That works out to over $10,000 for stadium rental alone just on game days. Though the other planned facilities in the league are smaller and likely less expensive, there is still a remarkably substantial cost just to rent facilities.

My biggest question is: how does Mike Greene, who seems to be a journeyman baseball coach, plan on paying for all of these baseball teams? In today’s article from The Daily World, Greene said “I’ve got a couple of backers that are financing this.” While that is a nice thing to say, it doesn’t concretely answer the question. He says that the break even point is 200 fans per game and I suppose that sounds like a realistic number, but it also sounds remarkably low to break even considering all of their proposed, albeit somewhat modest expenses.

I interned for the Grays Harbor Gulls during the 1997 season. The team had a dedicated staff of between four or five employees that were focused on selling advertising and tickets, an excellent media relations guy (the late Mike Warchol), and were locally owned and backed by the league owner/founder, a multi-millionaire lumber baron named Bruce Engel. They had remarkable success in 1995, struggled in 1996 and had a much better year at the box office in 1997. And yet, they still failed. Badly. They folded up shop in the middle of the 1998 season and Charlie Kerfeld’s squad finished the season on the road.

I have followed professional independent baseball since the rebirth of the Northern League in 1993 and I have seen many leagues come and go without ever playing a game. Sure, there have been some resounding successes like the Atlantic League, but for every well financed league there are many more that have been monumental flops. Many failed without ever playing a game. All of the classic warning signs of a flop are there for the Mount Rainier Professional Baseball League.

Look, I just convinced someone to fund a start-up semi-professional indoor soccer team for me. We have a logo, a website, a Facebook page, a Twitter account, a General Manager (me) and a league to play in and that is all so far. The season starts in just over two months. I probably shouldn’t throw stones. But we also have virtually no overhead. If the Oly Town Artesians struggle at the gate, we won’t lose much. Nobody will lose much. We didn’t bite off more than we can chew (other than the hours that might go into it).

I fear that Mike Greene and the Mount Rainier Professional Baseball League are biting off MUCH more than they can chew. If they fail they leave cities with bills, they leave players in small towns without paychecks, they put another stain on the legacy of independent baseball. And if they follow the model of the Pecos League, they also leave town swinging, burning bridges left and right.

I wish the MRPBL all the luck in the world. I would love nothing more than to have a viable independent or collegiate league team back at Olympic Stadium or at Wheeler Field in Centralia. Heck, this is the best chance that the Olympia area, without a decent facility, has at professional baseball.

But I have reservations. I have serious doubts. And I think these communities should beware.

P.S….Please don’t use the old Grays Harbor Gulls logo. I beg of you. Leave it be.

Posted on September 10, 2014, in Baseball. Bookmark the permalink. 3 Comments.