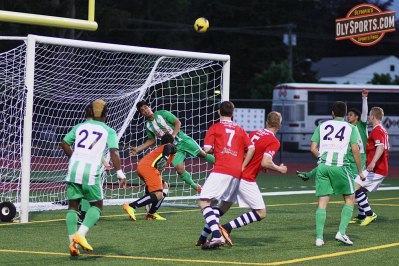 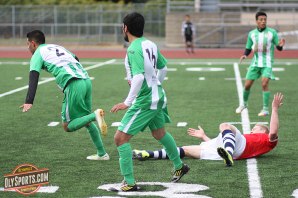 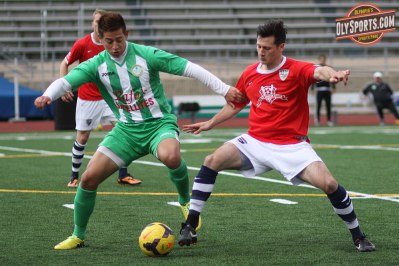 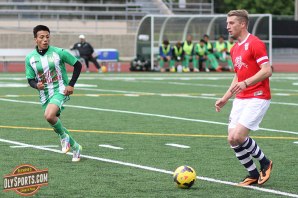 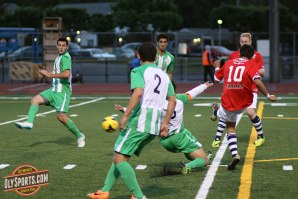 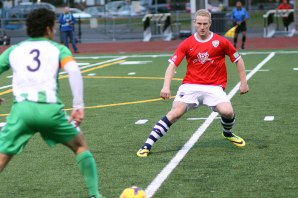 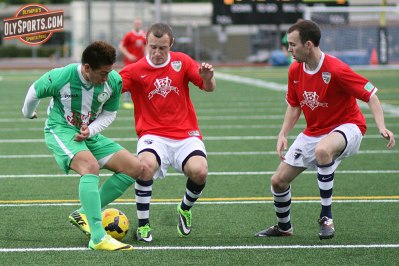 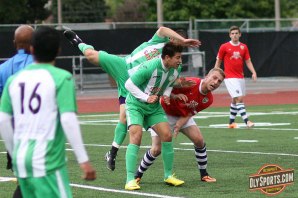 (Click any image to go to gallery and see full size)

In front of a small but eventually vocal crowd at Harry E. Lang Stadium in Lakewood, South Sound FC got second half goals from Pico Rubio and Scotty Hanson to knock off Wenatchee United, 2-1, in their home opener.

After a back and forth first 25 minutes that saw a handful of chance for both teams and a couple of outstanding saves by South Sound FC keeper Chris Kintz, the Shock took over and dominated possession for the majority of the rest of the game. They were unable to take advantage until the 61st minute when Rubio gathered a pass from Daniel Gray and skimmed a shot from just inside the box and around the Wenatchee keeper for their first goal at home in Evergreen Premier League play.

Minutes later, Gray sent a corner kick into the box and Hanson’s header found the back of the net to put SSFC up 2-0 in the 75th minute. Wenatchee responded a minute later with a goal from Christian Nyafore in the 76th minute to cut the deficit to 2-1. But the Shock didn’t allow Wenatchee many opportunities over the final 15 minutes and held on for the win.

The Shock are now 3-0 in the young EPLWA season, tied with Bellingham United for first place. They will return to the Lang Stadium pitch on Sunday, May 18th against the Spokane Spiders at 2:00 PM.