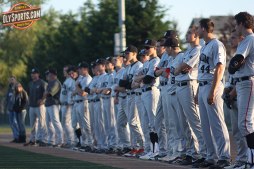 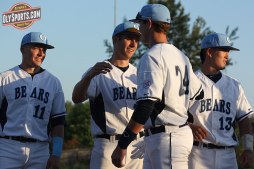 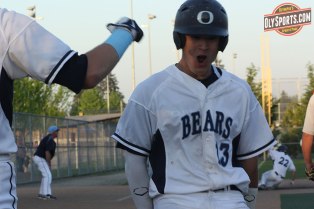 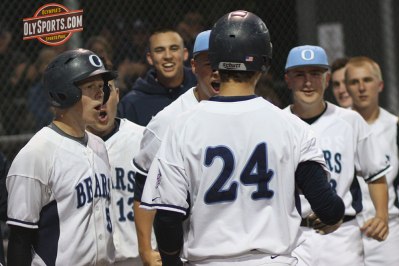 Leif Hansen and Joey Knight hit back-to-back home runs in the fifth inning to break a 3-3 tie and Elliot Loague shut Union down the rest of the way to give Olympia a 7-3 win and a state tournament berth. Loague struck out eight over seven innings giving up just one run, a solo shot in the top of the 5th inning, after a rocky first inning at Heritage Park in Puyallup.

Union put two runs on the board right away in the first inning but the Bears answered right back in the bottom of the inning. Leo Valenti drew a leadoff walk and Cameron Frost quickly tripled to drive in Valenti. After Gabe Padukiewicz walked, Michael Fairchild hit a sacrifice fly that brought in Frost. Padukiewicz would score on an error by the Union shortstop to give the Bears a 3-2 after the first inning.

The Bears loaded the bases the next two innings but couldn’t push across a run in the either frame. In the second, Michael Fairchild hit a dribbler that died in front of the plate. Union catcher Jack Bauer and the umpire were the only ones that didn’t expect the play to be called a foul ball. Bauer picked it up, stepped on home and threw to first to end the inning with a double play.

In the third, Union starter Jarred Dean got two quick outs but walked three straight Bears to load the bases. But Dean came back to strikeout Valenti on a 3-2 pitch to end the inning without any damage. The two teams went 1-2-3 in the fourth inning and Union went to the fifth trailing 3-2.

Union tied the game at three in the top of the fifth inning with Seaver Whalen’s solo shot but the tie was short lived. Leif Hansen parked one over the fence in left center and Joey Knight followed him by putting a ball in nearly the same spot to give the Bears a 5-3 lead after five innings.

Oly added two more runs in the sixth and Loague shutout the Bears in the seventh to earn the complete game and give the Bears the 7-3 win and keep their season alive.

With the win, the Bears qualify for the state tournament and will play for seeding on Saturday when they face Kentridge at Heritage Park in Puyallup at 1:00 PM.