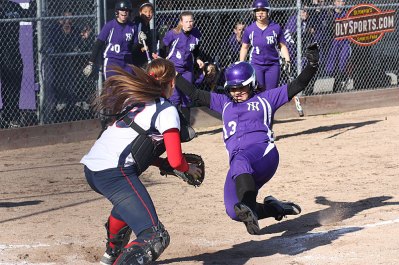 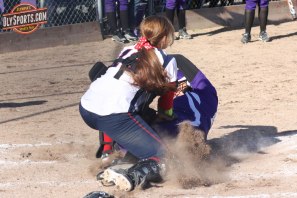 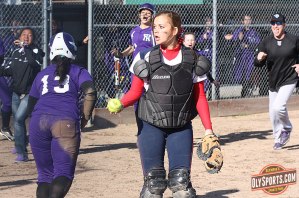 (Click on any image to see a larger size)

Wilson took a 6-5 lead into the bottom of the seventh inning but North Thurston pushed across two runs in the final frame to knock off Wilson, 7-6, to claim first place in the 3A Narrows League.

After North Thurston tied the score at six all in the seventh, Saralyn Campbell singled to right field. The throw home appeared to beat North Thurston’s Dejah Hickman by a few steps but the ump called her safe and set off a wild celebration on the home side and a furious argument by the visitors.

Once the dust settled, North Thurston found themselves on top of the league standings at 7-1, a half game ahead of Timberline (6-1) and a full game ahead of Wilson, who fell to 6-2 with the loss.