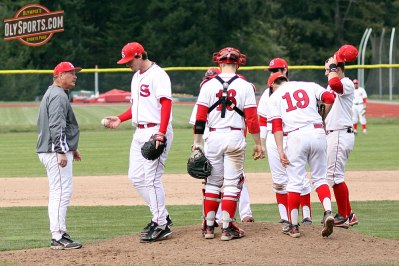 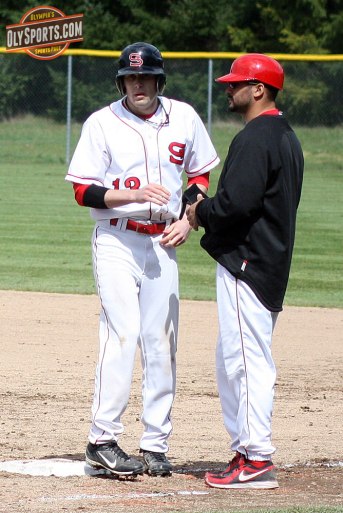 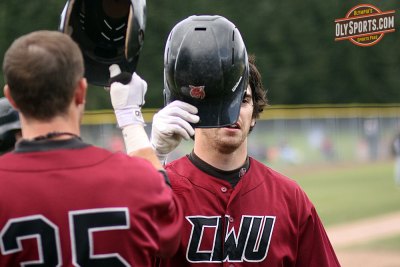 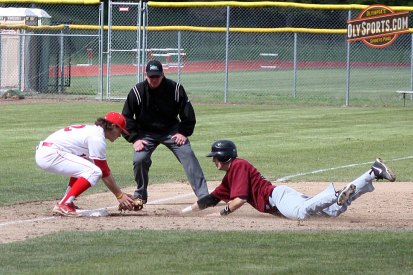 Mired in one of the worst seasons in Saint Martin’s baseball history and facing second place Central Washington, the Saints jumped out to a 6-3 lead in game one of today’s doubleheader. But they were once again unable to hold a lead and fell to the Wildcats 7-6. Combined with their 9-2 loss in game two, SMU dropped to 4-34 overall and 2-19 in conference play.

The bright spot this season has been Chandler Tracy, who continued to rake going 3-for-4 with a pair of runs scored and an RBI in game one and 1-for-2 in game two. Tracey raised his average to .326 and leads the GNAC with 12 home runs. Travis Shaw, the Saints’ leading hitter, went 3-for-8 in the doubleheader to raise his average to .336.

But Central Washington’s Kyle Sani tied Tracy for the conference lead with two blasts in the game one, a two run job in the fifth inning and a solo shot to straight away center field in the seventh. Olympia High School alum Joel Johnson started at shortstop in game two and went 2-for-3 with a run scored.

The two teams meet again tomorrow. First pitch in the doubleheader is scheduled for noon.